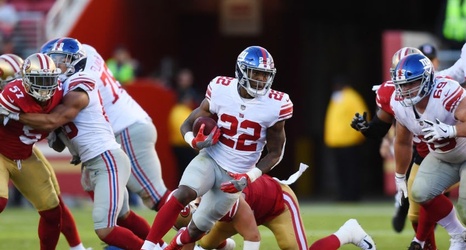 The 49ers bolstered their depth by adding running back Wayne Gallman and defensive end Arden Key, both low-risk and possibly high-reward moves.

Previous news of their respective workouts happened earlier this week.

Key is being brought aboard on a one-year deal, according to NFL Network’s Ian Rapoport:

ESPN’s Field Yates, who initially reported the Gallman transaction, didn’t specify the length of his contract:

Gallman, specifically, has far bigger an upside than Key.