49ers news: Secondary could have overhaul in 2021 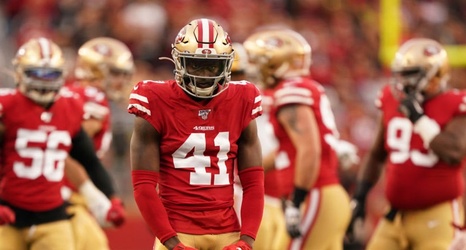 SANTA CLARA, CALIFORNIA - JANUARY 19: Emmanuel Moseley #41 of the San Francisco 49ers reacts to a play in the first half against the Green Bay Packers during the NFC Championship game at Levi's Stadium on January 19, 2020 in Santa Clara, California. (Photo by Thearon W. Henderson/Getty Images)

With a host of players in the 49ers’ defensive secondary set to hit NFL free agency after this season, Niner Noise examines what that group may look like in 2021.

At first glance, the decision by San Francisco 49ers general manager John Lynch to pass on grabbing help for the secondary in last April’s NFL Draft may have seemed shortsighted, but a further look yields a different perspective on the matter.