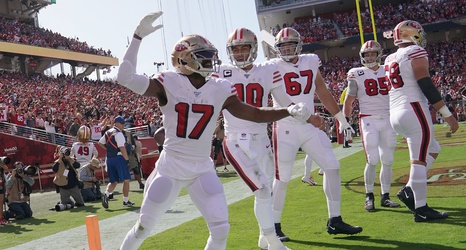 The San Francisco 49ers were active during the final week of the 2019 NFL trade season, as they bolstered their wide receiving crops by dealing a pair of mid-round 2020 NFL Draft picks to the Denver Broncos in exchange for stud wide receiver Emmanuel Sanders and a fifth-round selection in 2020.

The Niners’ blockbuster move proved to be the team’s final trade of the 2019 NFL season, as this year’s trade window officially closed when the NFL trade deadline passed on Tuesday, Oct. 29, 2019, at 4 p.m. ET.

The Niners were in desperate need of an upgrade at the wideout position, as the team remains on pace for their second straight season without a 500-yard receiver.