49ers mailbag: Where does win over Saints rank in past 20 years? 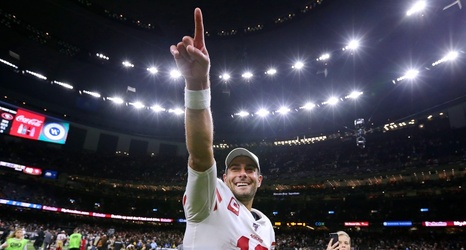 SANTA CLARA — The 49ers will have a tough time topping Sunday’s sensational win over the New Orleans Saints. They’re still playing high-stakes football, and fans are still abuzz, so let’s open up the Week 15 mailbag via Instagram and Twitter replies:

Was that the best regular-season game you have ever covered? (@brandon.pride)

Absolutely. It started with the best first half I’ve witnessed – four touchdowns apiece! – and the dramatics never stopped. I started covering the 49ers in 2000, and the most weighted memories are playoff games. That’s also how it was when I was an awestruck, Cupertino kid as the 49ers launched their 1980s dynasty.