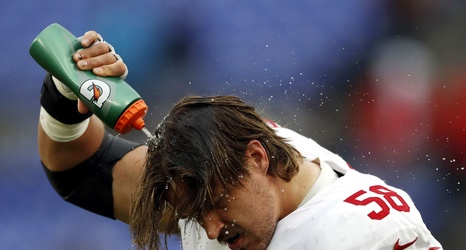 While the Niners’ final drive, game-winning field goal and a number of clutch plays from quarterback Jimmy Garoppolo will garner a lot of attention, the attrition head coach Kyle Shanahan’s squad has suffered is beginning to show.

Sherman exited the field late in the fourth quarter with an apparent hamstring injury and did not return. While he was able to make his regularly scheduled postgame press conference, NFL Network’s Tom Pelissero reported Monday the veteran cornerback suffered a Grade 2 hamstring strain: