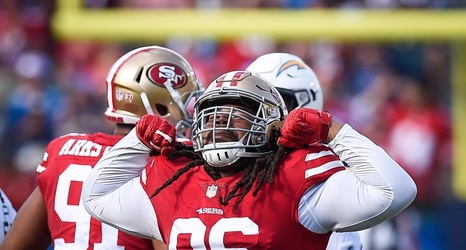 DeForest Buckner and Sheldon Day, the 49ers’ starting defensive tackles in Super Bowl LIV, have been reunited on the Indianapolis Colts.

A week after Buckner got traded there, Day signed a one-year deal Wednesday with the Colts in free agency.

So who’s left to play inside on the 49ers’ defensive line?

It’s looking like Solomon Thomas, Arik Armstead and nose tackle D.J. Jones will key a rotation that also will include other holdovers and impending additions in free agency and the draft.

The 49ers lost out on an attractive option in Ndamukong Suh when he reportedly agreed Wednesday to re-sign with the Tom Brady-infused Tampa Bay Buccaneers.