49ers' Kwon Alexander was 'lifted up' by J.J. Watt during injury rehab 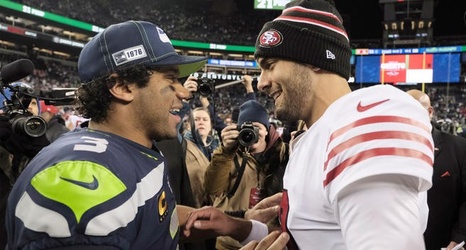 It was thought to be season-ending for both players. But Watt will return this week in the playoffs, and Alexander might not be far behind.

Alexander ended up getting Watt’s phone number from a former teammate, and the two players spoke as they were progressing through their respective rehabs.

“I talked to him,” Alexander said Thursday upon completing his first practice since his Oct. 31 injury. “I’m happy to see him back.