49ers' Jason Verrett promises to 'shake back' after disappointing debut 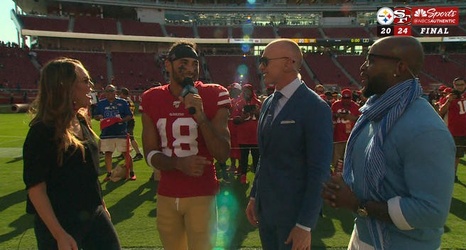 To say 49ers cornerback Jason Verrett looked rusty in his San Francisco debut against the Steelers on Sunday is quite the understatement. But then again, his rustiness was understandable.

Verrett was active for the first time this season for San Francisco's game against Pittsburgh, representing his first live game action since Week 1 of the 2017 season, when he suffered a torn Achilles. He's spent the time since trying to work his way back into playing shape, and got his first chance to put himself to the test when he was pressed into duty in place of an injured Ahkello Witherspoon in the fourth quarter of Sunday's 24-20 victory.