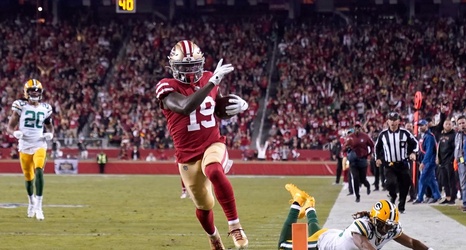 SANTA CLARA – Not many 49ers rookies the past 20 years have gotten to enjoy playoff runs their first seasons. Deebo Samuel didn’t know what to expect back in training camp.

“Early on in the year, I thought we were struggling as an offense during camp,” Samuel said. “Come to find out, our defense is really, really that good, which made us better as a whole.

“Everything is just clicking the way it’s supposed to right now.”

Samuel’s 669 receiving yards are the fourth-most in 49ers history by a rookie and the most since Michael Crabtree’s 625 in 2009.