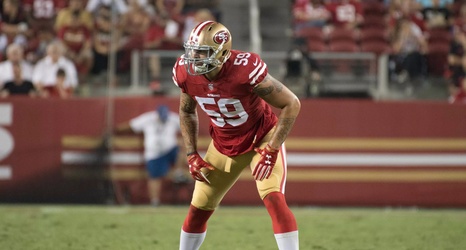 The 49ers have been busy all month, it seems. We’re in the “low-risk high reward” stage of free agency, and that’s why San Francisco is hosting former Ravens safety Tony Jefferson. He’s not the only player the team will host, per NFL Network’s Ian Rapoport.

The 49ers are hosting former Raiders edge rusher Arden Key on a visit Tuesday. He was an SEC freshman All-American, then recorded 12 sacks as a sophomore, and was named first-team All-SEC. Key was on a trajectory to become a top pick in the NFL Draft, but an injury during his junior year limited Key to eight gamed and four sacks.