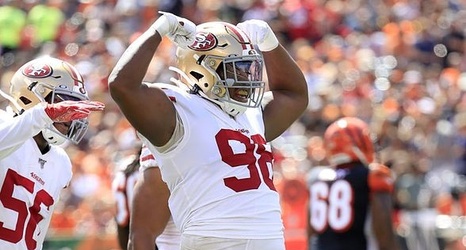 The San Francisco 49ers followed up their Week 1 victory over the Tampa Bay Buccaneers with an absolute thrashing of the Cincinnati Bengals in Week 2, pushing the Niners record to 2-0 on the young season after the 41-17 road victory.

After a first quarter, which looked like it might lead to a back-and-forth contest between the two teams, the 49ers took over in the second quarter, building a 24-10 halftime lead. Quarterback Jimmy Garoppolo led the first-half charge with two touchdown passes, and running back Jeff Wilson, newly promoted from the practice squad, added a second-quarter touchdown run.