49ers Garoppolo update: How he looks in exhibition debut 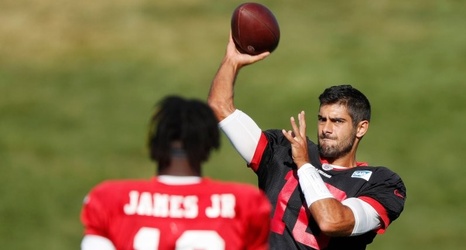 Garoppolo has made postive strides throughout his comeback and no ill effects from Oct. 3 surgery to replace his anterior cruciate ligament. General manager John Lynch recently described Garoppolo’s rehabilitation as “flawless,” and the next step for the franchise quarterback was getting into an exhibition to knock off rust and iron out wrinkles in the offense.

After not playing in the exhibition-opening win over the Dallas Cowboys, Garoppolo was to start against the host Broncos, who intercepted him just once during last week’s joint practices.