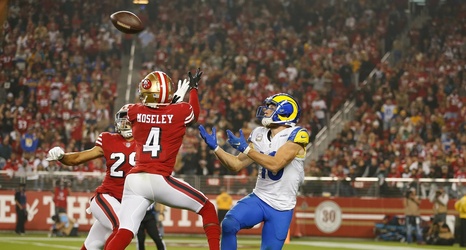 It’s quite common to hear discussion about the misses that the 49ers have had in the draft since Kyle Shanahan and John Lynch took over. From Solomon Thomas to Dante Pettis and everywhere in between, you’ll hear about how this front office has been bad at drafting and developing talent.

While there have been some big whiffs, the latter is simply not true. As evidenced by the extreme value the 49ers have been able to find in the undrafted free agent market over the years.

The 49ers currently have four players on the 53 man roster that were brought in as undrafted free agents by this regime, and all four have made significant contributions to this team during their stints in red and gold (JaMycal Hasty, Emmanuel Moseley, Kevin Givens, Azeez Al-Shaair).