49ers fall to No. 5 seed in NFC after Seahawks win vs. Vikings 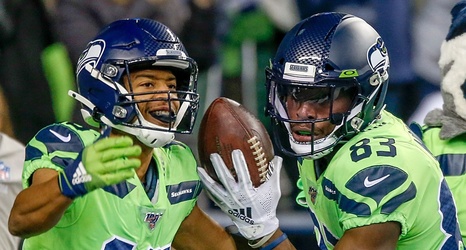 The San Francisco 49ers‘ run atop the NFC playoff picture has come to an end. At least for now.

A day after the Niners lost a tough, hard-fought bout with the Baltimore Ravens, eventually losing 20-17, the Seattle Seahawks pulled off a 34-30 win over the Minnesota Vikings on Monday Night Football.

And as a result, San Francisco moves from the No. 1 seed in the NFC standings all the way down to No. 5:

The 49ers needed help from the Vikings on Monday night, but ultimately didn’t get it.