49ers draft preview: Dare they add yet another safety? 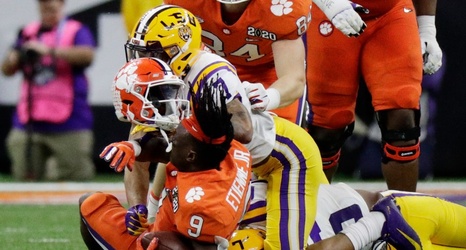 Jimmie Ward joined the 49ers six years ago as their first-round draft pick, and after re-signing last month, general manager John Lynch went so far to say Ward “sets a tone for our defense.”

Safeties certainly can do that for a championship-caliber defense. To be clear, however, the defensive front did that last season for the NFC-champion 49ers.

The 49ers’ safeties do deliver hard hits, just not takeaways or jaw-dropping plays. Yet they seemingly are stocked at that position, with NFL-caliber starters in Ward, Jaquiski Tartt, Tarvarius Moore and Marcell Harris.

The draft could present an opportunity to add quality on top of that quantity.