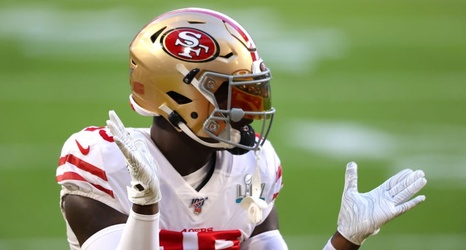 The San Francisco 49ers received an important injury update following Thursday’s practice and while it wasn’t all bad news, the update regarding wide receiver Deebo Samuel certainly wasn’t something to be celebrated.

Once again, the second-year wideout was held out of practice as he continues to rehab his hand injury. Samuel broke his hand back in June putting his availability for the start of the season very much in doubt.