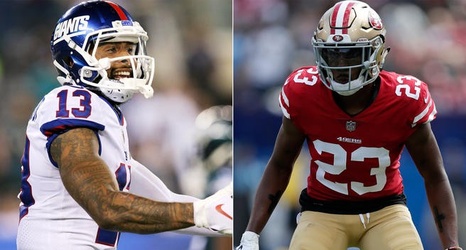 SANTA CLARA — After a tough start to his sophomore season, 49ers cornerback Ahkello Witherspoon has increasingly improved his game.

On Monday Night Football against the Giants, he faces his toughest competition yet in Odell Beckham Jr.

The 49ers secondary has had their challenges in the first half of the season. They gave up 347 passing yards to Matt Stafford and the Lions and 425 passing yards to the Packers and Aaron Rodgers. When asked the reason for these struggles, Witherspoon explained that it was not the scheme or a lack of talent.

“We were really just having lapses in coverage,” Witherspoon said.