49ers can benefit by trading for Emmanuel Sanders or A.J. Green 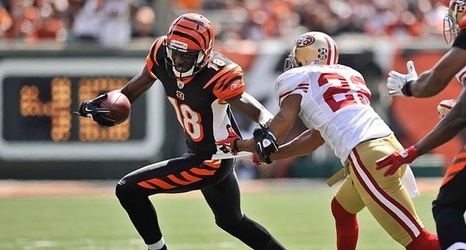 The San Francisco 49ers‘ window to win a Super Bowl is open now.

That window probably showed up a season too early, which isn’t a bad thing. Most figured the Niners would hover around the .500 mark in 2019. After defeating the Washington Redskins 9-0 in Week 7 and improving their record to a perfect 6-0 this season, it’s clear head coach Kyle Shanahan has his squad on a trajectory towards a deep playoff push.

Early in the season, one could have argued the 49ers didn’t need to make a splashy move by the NFL trade deadline later this month.