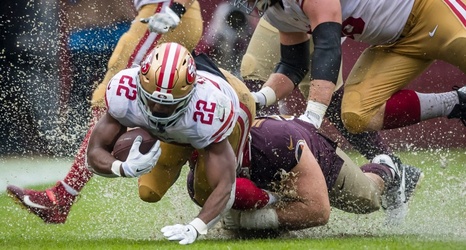 Running back Matt Breida left the 49ers’ game against Washington with an apparent head injury.

After a five-yard run in the third quarter, Breida was taken into the blue medical tent on the 49ers’ sideline.

The team has not announced whether Breida will return to the game or not. He leads the team with 35 yards on eight carries.

Breida’s injury came on the second play of a drive that resulted in a Niners field goal, the first score of the game.

In Breida’s absence, Tevin Coleman has gotten the bulk of the carries in the 49ers backfield.