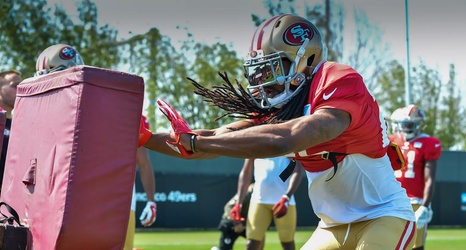 The San Francisco 49ers opened ticket availability to the general public on Friday at noon PT. On Monday, the team announced the schedule for training camp, along with the 11 open practices. At the time, we were under the impression that the joint practices with the Denver Broncos in the middle of August would be open to the general public as well. The Broncos later announced that would not be the case.

You should still be able to buy tickets, but I wouldn’t wait too long if you plan on attending one of the following dates below:

Practices are held at the SAP Performance Facility in Santa Clara.