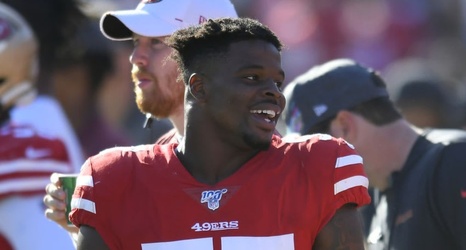 While still effective his second season, 49ers linebacker Dre Greenlaw appeared to take a step back in 2020, but look for him to rebound in 2021.

San Francisco 49ers linebacker Dre Greenlaw might end up having to play in the big shadow of his linebacking teammate, All-Pro Fred Warner, and that’s a situation that might not change for a long, long time.

And it’s probably not going to be the case where Greenlaw pairs with Warner in a way not unlike what the Niners had a decade ago with legendary linebackers Patrick Willis and NaVorro Bowman either.