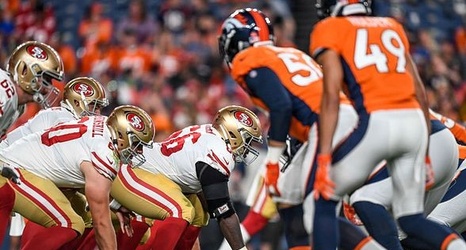 On one hand, the San Francisco 49ers are 2-0 in the 2019 NFL preseason after knocking off the Denver Broncos 24-15 on Monday night.

But on the other, there were more than a few shares of ugly performances from Niners players throughout the game.

Yes, one bad performance was from quarterback Jimmy Garoppolo, who completed a mere one pass on six attempts, plus an interception, in his first on-field action since tearing his ACL way back in Week 3 of the 2018 season.

Garoppolo is in zero danger of not making San Francisco’s 53-man roster come Week 1, though, so let’s not get to the overreaction stage just yet.