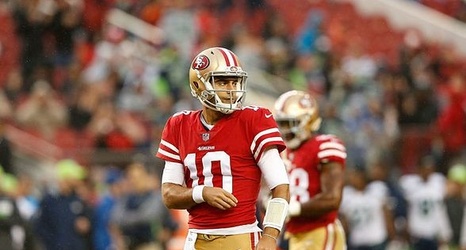 As it stands now, the San Francisco 49ers have more questions than answers at wide receiver heading into 2020.

This isn’t necessarily a bad thing. For starters, the team can already count on the up-and-coming prowess of second-year pro Deebo Samuel, who emerged as a legitimate starter after an impressive second half to his rookie season. Fellow wide receiver Kendrick Bourne, a restricted free agent in 2020, figures to be back and will likely return as a red-zone weapon.

And the Niners can hope two of their injured wideouts from last year, Jalen Hurd and Trent Taylor, bounce back this upcoming season, too.