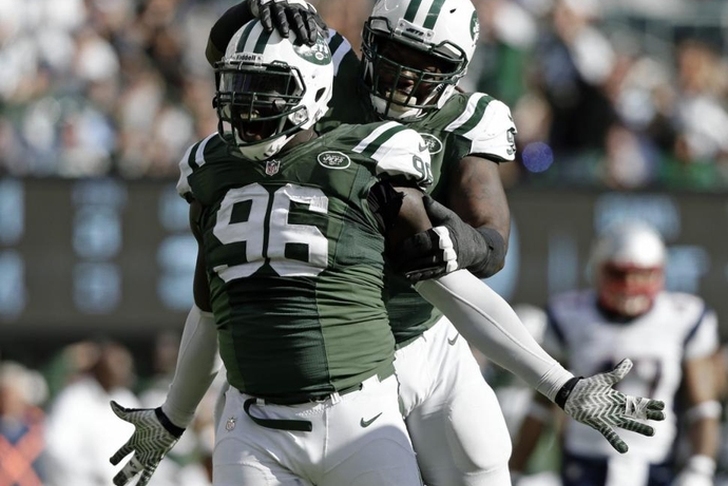 New York Jets defensive lineman Muhammad Wilkerson might not be with the Jets much longer. The Jets placed the franchise tag on him this offseason, but have yet to reach a contract extension and have been shopping the talented lineman. One team that could end up landing Wilkerson is the San Francisco 49ers.

Matt Barrows of the Sacramento Bee reports Wilkerson wants to play in San Francisco and could make his way there in a possible trade. The Jets are trying to move up in the draft and could offer Wilkerson to the 49ers in a potential move.

"Wilkerson wants a fresh start and I’m told he’d love to play in San Francisco, which is something you don’t hear from a lot of defensive players," reports Barrows.

Follow our San Francisco 49ers team page for all the latest 49ers rumors!