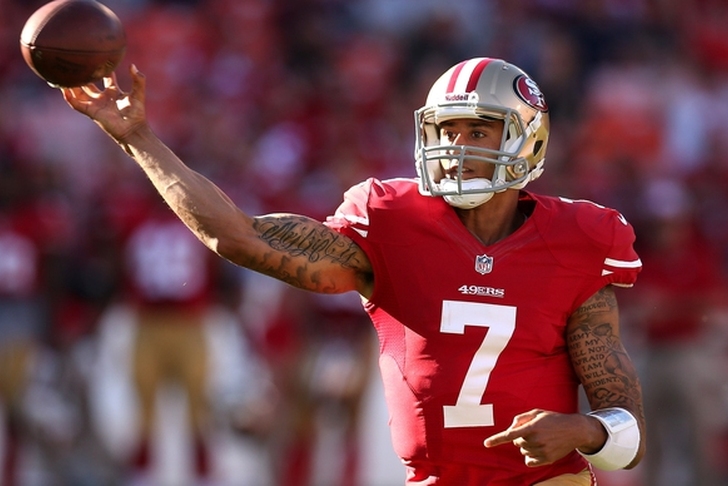 The Denver Broncos and the San Francisco 49ers have reportedly agreed to a trade involving Colin Kaepernick, reports Adam Schefter. However, the deal is contingent on Kaepernick agreeing to a restructured contract. The Broncos and Kaepernick are not close to a new deal.

The Broncos and Kaepernick are still talking in the hopes of getting a deal done. Kaepernick is set to have a $11.9 million base salary this year, a figure the Broncos do not want to pay. The Broncos want Kaepernick to take a 50 percent pay cut in 2016. Because of the disagreement between Kaepernick and the Broncos over a new contract, there is no guarantee a trade will be completed.

No word yet on what compensation the 49ers and Broncos have agreed to. However, Schefter reports it's likely a mid-round pick. Earlier today, it was reported that John Elway and Kaepernick had met to discuss a new contract. For more coverage of the Kaepernick trade, download the Chat Sports App!