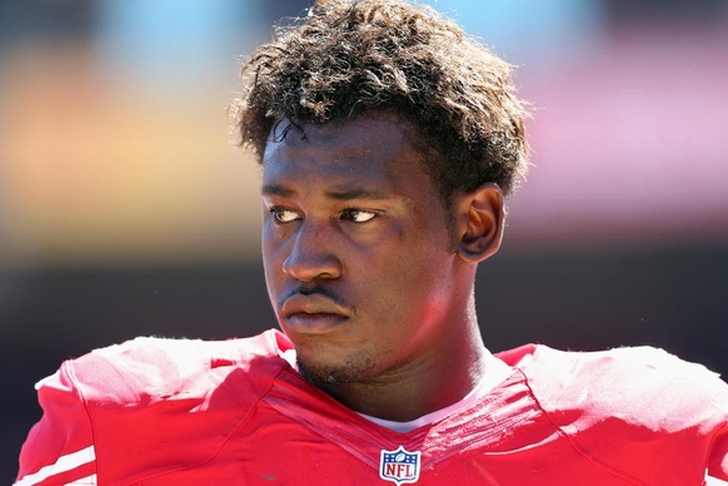 Prior to Aldon Smith's Friday morning arrest on DUI, vandalism, and hit-and-run charges (and his subsequent release by the San Francisco 49ers), the troubled linebacker reportedly got into a practice scrap with 49ers starting quarterback Colin Kaepernick as a result of a rumored love triangle between Smith, Kaepernick and Hot 97 radio host Nessa -- the former girlfriend of Smith.

Per TMZ.com, "multiple Niner locker room sources tell TMZ Sports ... Aldon and Colin had an altercation on the field during a practice on Tuesday, and "players had to pull them apart." It's interesting because there's been a lot of Internet buzz Smith's ex-gf is now with Kaep."

Smith and Nessa broke up in recent months, and while she hasn't been photographed with Kaepernick since then, rumors persist that the two are linked together in a romantic relationship.

It's unclear if any words were exchanged before the scrap or if Nessa's name was mentioned at any time, but the fight may in fact give credence to some of the rumors regardless. It's also important to take TMZ's report with a grain of salt. Contrary reports have come out that no such altercation took place.

Whether that's spin by the 49ers organization or the actual truth, there's still plenty of interesting subtext to be sorted through here.