How The Release Of Tramaine Brock Affects The 49ers' Draft Plans 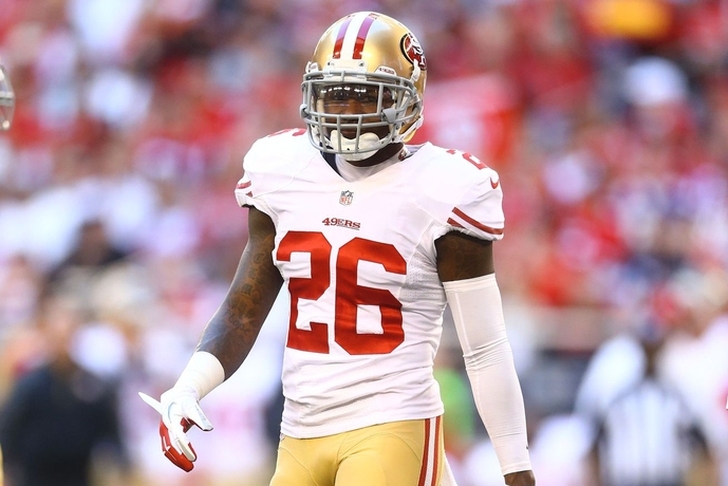 The San Francisco 49ers did the right thing by releasing CB Tramaine Brock following his arrest for domestic violence. But his release does complicate the 49ers' NFL Draft plans. With Brock gone, the 49ers lose a starting corner. So how will the 49ers replace Brock this offseason?

Current Depth Chart Outlook
Before we get to the plan options, it's important to remember who the 49ers have on the roster. And there are players the 49ers can start next year if they have to. Below, we have some of the notable players for the 49ers at corner next year.

If the 49ers entered the season with those as the top six options, they could survive. It's not ideal, but the Niners aren't going to be a playoff contender anyway. However, Ward might not be a corner next year.

What To Do With Jimmie Ward?
The key to the 49ers' secondary will be what they do with Ward. The Niners are considering moving him to free safety, but the release of Brock could change those plans. If Ward is moved to safety, corner becomes an even bigger need. Of course, the Niners could stick with Eric Reid or add a free safety in the draft and stick with Ward at corner.

Option 1: Take a DB In The First
If the Niners decide to focus on a DB at No. 2, it will be either Malik Hooker or Marshon Lattimore. If the Niners take Hooker, Ward will stay at corner. If Lattimore is the pick, expect Ward to move to free safety. Both players would fill a need and it wouldn't be a major reach. But it's unclear who the Niners will take at No. 2 overall.

Option 2: Spend A Day 2 Pick
Here's the good news for the 49ers: it's a really, really good defensive back class. The Niners can address a different position with the No. 2 overall pick and still end up with a potential starter at either spot. The corner class is incredibly deep and the 49ers can get a Round 1 value at the top of the 2nd and a Round 2 value at the top of the 3rd. If the 49ers want someone like Solomon Thomas at No. 2, this is likely the best plan.

Option 3: Stick With The Guys On The Roster/Add A Mid-To-Late Rounder
The 49ers have bodies at corner. Rashard Robinson showed promise and has plenty of potential. If Will Redmond is healthy, he could be a key contributor. Williams could lock down the nickel role. Reaser and Johnson could be good enough No. 4s next year. The loss of Brock complicates the depth chart, but the Niners aren't in desperate need of getting bodies.

So What's The Plan?
Brock's release, without a doubt, increases the chances the Niners add a corner early in the draft. However, the 49ers have needs everywhere on the roster. Their free agency moves helped address the middle class of the roster, which puts them in a position where they can try to just take the best player on their board. If that's Lattimore or Hooker, great. If it's not, the Niners can find a different defensive back later in the draft or just stick with what's the on the roster. San Fransisco is the No. 1 wild card team this year. What they do at No. 2 will dictate the rest of the top 10 and first round. My guess is the Niners try like hell to trade down and then pick Thomas, Hooker or Lattimore.

Follow our San Francisco 49ers team page for all the latest 49ers rumors or download the Chat Sports App!