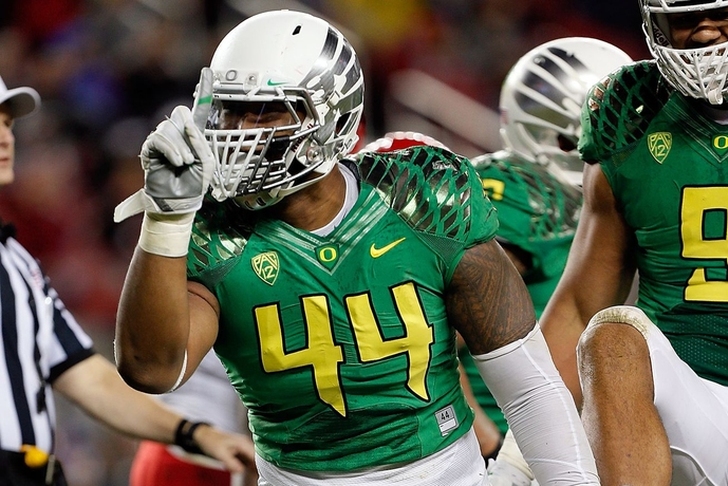 The San Francisco 49ers took DE DeForest Buckner out of Oregon with the No. 7 overall pick in 2016 NFL Draft. Buckner filled a need for the 49ers and it provided value at No. 7. But just how successful will Buckner be in the NFL? To help answer that question, here are ceiling and floor projections for Buckner.

Ceiling: Calais Campbell
Buckner has a skill set very similar to that of Calais Campbell. Both have a rare size, speed and strength combo. Campbell has thrived as a 3-4 DE and that's where Buckner is best. Both Buckner and Campbell have pass rushing ability, something that's not seen very often from 3-4 DEs.

Final Thoughts:
Buckner was college teammates with Arik Armstead and now they're both on the 49ers. Armstead was a solid prospect in his own right, but Buckner is even better. The newest 49er is a better pass rusher and should have a long, successful NFL career. I love this pick for the 49ers.