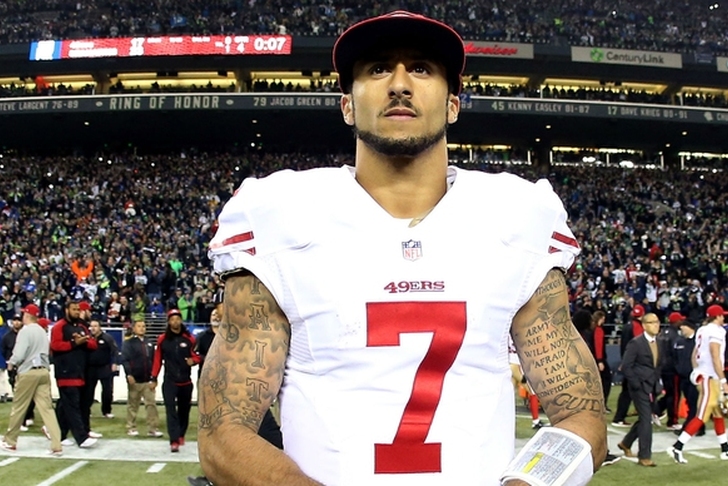 Just one day after the San Francisco 49ers announced that they intended to keep quarterback Colin Kaepernick for the 2016 season after much speculation, he has asked the team to trade him, according to NFL Network's Rand Getlin.

Source: Kaepernick's agents have requested permission from the team to seek a trade.

Earlier this offseason, Kaepernick expressed interest in leaving the 49ers to join the New York Jets, an option that still seems to be on the table in his mind. According to the New York Daily News' Manish Mehta, the Jets have reciprocated Kaepernick's interest and are "intrigued" about the idea of adding him.

With the 49ers intentions to keep Kaepernick, it seems that the only way another team will get their hands on him will be via a trade. However, if they cut him before April 1st, as Kaepernick's entire 11.9 million base salary will be void and save them roughly $8.5 million in cap space.

Getting rid of Kaepernick could lock San Francisco into taking a QB with the No. 7 overall pick in the NFL Draft. They have Blaine Gabbert on the roster, but his long-term ability remains in question.