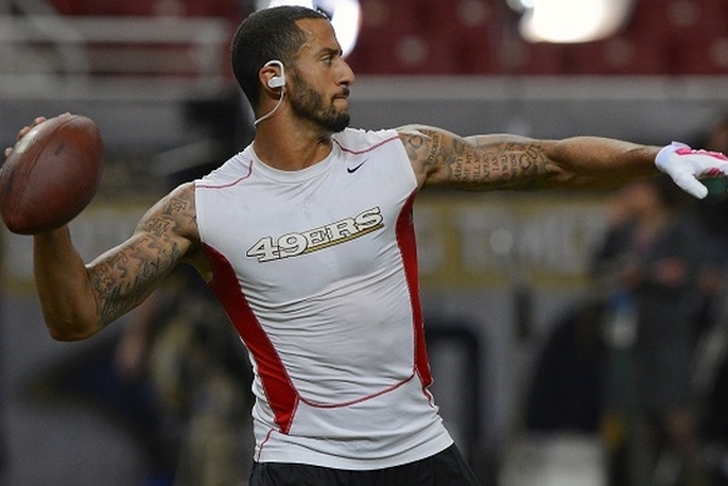 The San Francisco 49ers had been trying to trade quarterback Colin Kaepernick all offseason, but after potential trade partners in the Broncos and Jets drafted QBs high in the draft, any trade appears dead.

Head coach Chip Kelly said he fully expects to have Kaepernick on the team this season, and that he'll compete for the starting job.

"He's been here every day, so it's never been a question for me," he said, via SB Nation. "I think he's been outstanding. I think he doesn't get the credit for that. He's been here every day and worked as hard as anybody on this football team in terms of preparing for the 2016 season and that's the way we are with him. We're moving forward."

Kaepernick demanded a trade from the 49ers earlier this offseason, and there was a deal in place that would've sent him to the Denver Broncos. However, the deal was contingent upon Kaepernick taking a pay cut, which he refused to do.

Kaepnerick was benched in favor of Blaine Gabbert halfway through last season, and Kelly says the two will compete for the starting job this fall, along with rookie Jeff Driskel. Kaepernick passed for 1,615 yards, six touchdowns, and five interceptions in nine games last year.