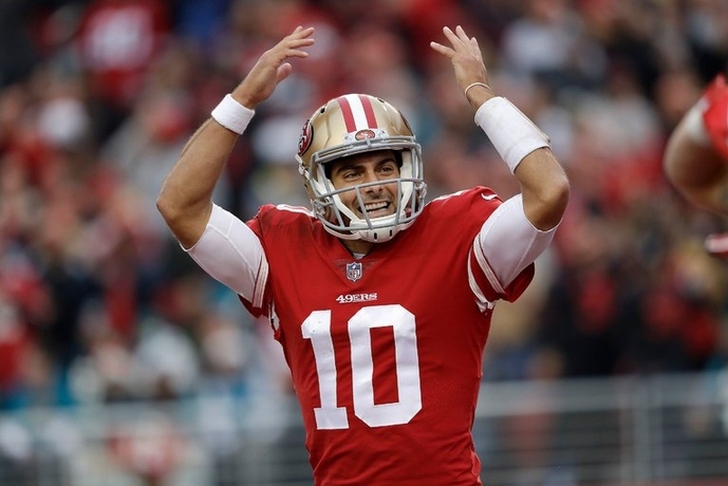 According to a report on Twitter from both NBC Bay Area  and the NFL Network, the San Francisco 49ers and QB Jimmy Garoppolo have agreed to a five-year, $137.5 million contract, the biggest deal in NFL history on a average-per-year basis.

Garoppolo was traded from the Patriots to the 49ers mid-season, and incredibly led the 49ers to 5 straight wins to end the season after starting the year 1-10 without him under center.

Garoppolo's stats in 5 games were impressive, giving the 49ers brass and coach Kyle Shanahan confidence to lock him up to a huge long-term deal. In 2017, Jimmy G threw for 1,560 yards, 7 TDm and 5 INT in 5 starts, while completing over 67% of his passes.

Stay with Chat Sports all day for more details and tune in to 49ers Report LIVE on Facebook today at 2PM PT to watch the #1 49ers show break down the deal and what it means for the future of the team.