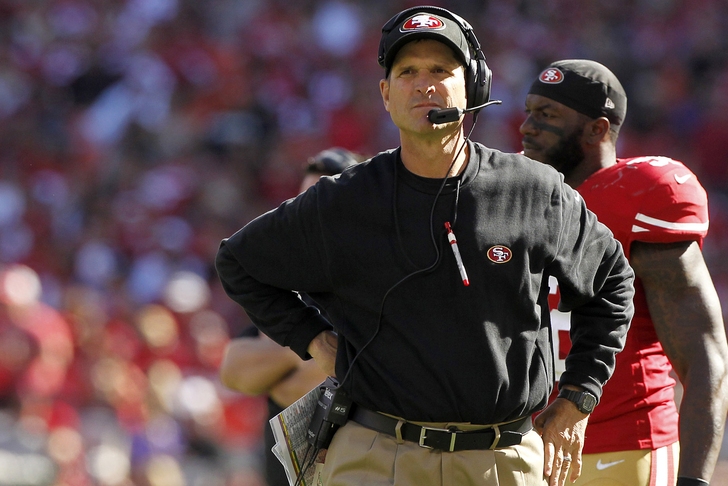 If you didn't think the relationship between Jim Harbaugh and San Francisco 49ers management was strained before, check out Harbaugh's body language in this pregame hug with team CEO Jed York. 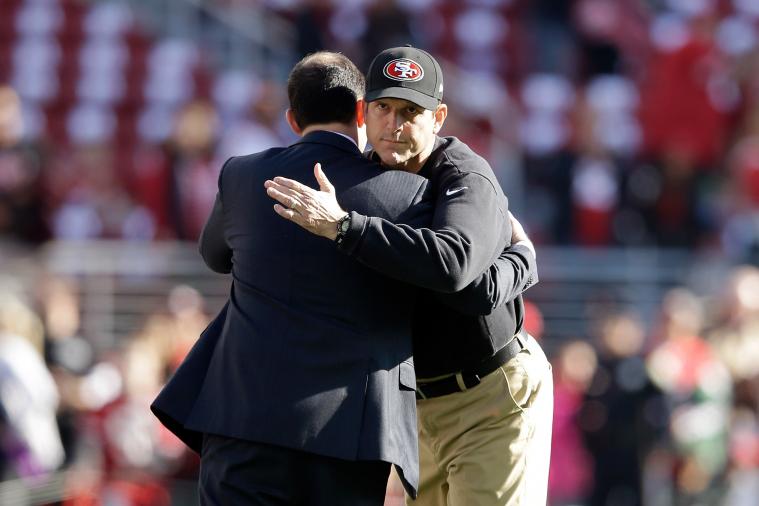 If the whole 'lean in while keeping your butt out' thing isn't a dead giveaway of Harbaugh's feelings towards York, check out this closeup of his face mid-embrace: 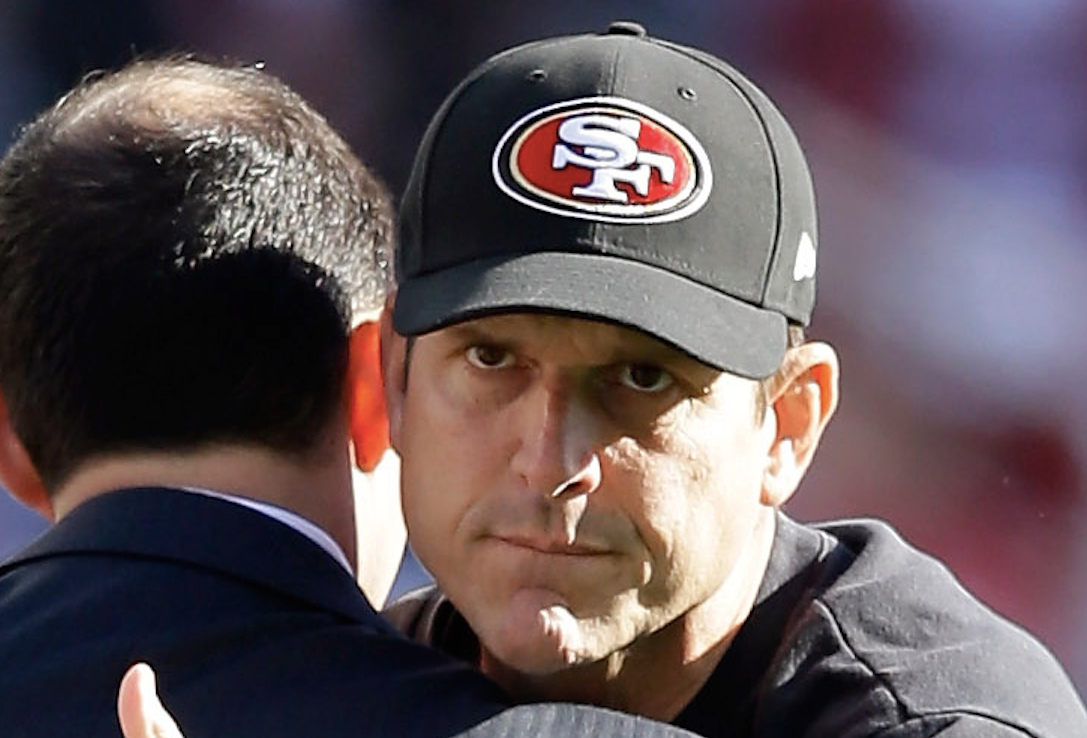