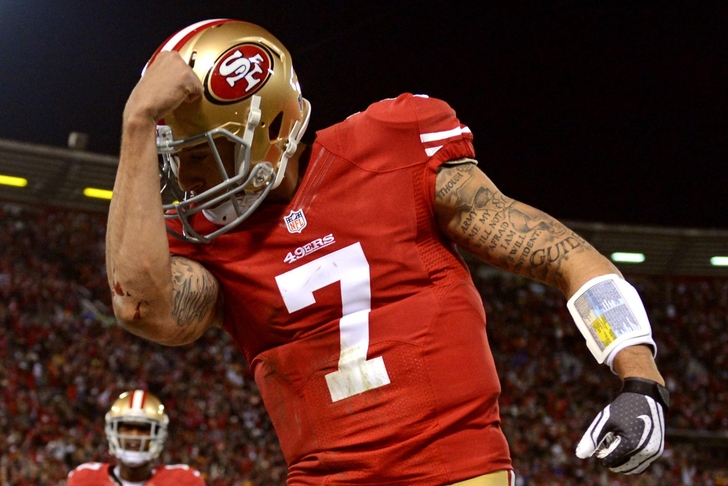 The San Francisco 49ers are hosting the red hot Carolina Panthers in their week 10 matchup. The Niners are coming off of their bye week and have had extra time to put together a gameplan to beat the Panthers. Carolina has won five of their last six and scored 30 or more points in each of those wins. But that's not where the Panthers team strength lies. The true strength is the Panthers defense.

A defense that is giving up just less than 300 overall yards per game. They bring in the 10th best passing defense giving up only 220.8 yards per game in the air. The front seven is where they are at their best and give up only 79.1 yards per game rushing, good enough for second in the league. So far this season they have shut down runners like Marshawn Lynch (17 carries, 43 yards), Adrian Peterson (10 carries, 62 yards), Zac Stacy (17 carries, 53 yards) and Steven Jackson (13 carries, 57 yards). The stat that may stick out most is that only one running back has eclipsed 70 yards against them this season. If the Panthers are able to shut down the running game of the 49ers they will have to look to the air to come away with the win.

Colin Kaepernick hasn't thrown for over 300 yards since his week 1 explosion of 412 yards. For the Niners to win this game he will need to hit that 300 yard mark. With the return of Mario Manningham, Kaepernick is going to get another weapon in the passing game, something the Niners have been searching for. With the defense now having to account for not only Anquan Boldin and Vernon Davis but Manningham as well it may be easier for Kaepernick to find the open man or gouge the second level running the ball as the safeties and cornerbacks will be locked in coverage. The Niners quarterback needs to play a mistake-free game and make all the easy plays they need.

The Niners and Kaepernick will need to come out fast and put points up on their first couple drives to derail the confidence of the Panthers, which is flying high right now. Going into the second half of the season the Niners would like to continue their winning streak behind the strong play of Colin Kaepernick.