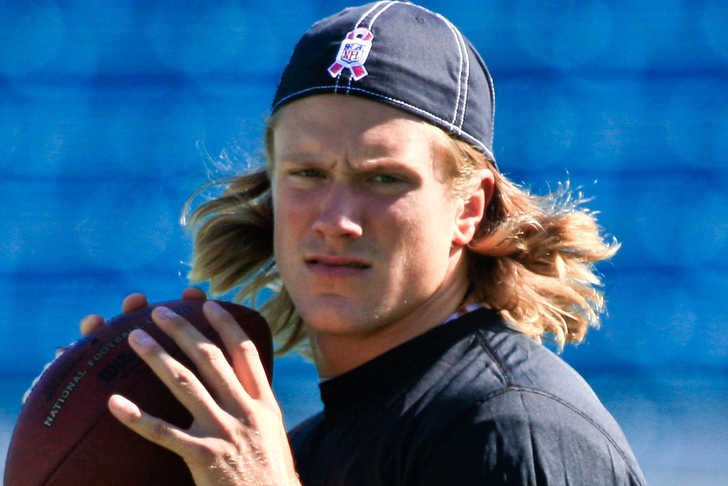 Sunday Night Football this week was all about one legendary performance.

Of course, Twitter had something to say about this...

This will always be the game remembered for Blaine Gabbert's garbage touchdown.

RT @RotoPat: Blaine Gabbert taking snaps in a Peyton Manning history game. We should all feel dirty. — Across The Middle (@atm_football) October 20, 2014

Blaine Gabbert threw a TD tonight apparently(?) I guess SF gave him a map so he could finally find the endzone.

Let's take a moment to realize Blaine Gabbert and Colin Kaepernick had the same amount of TD passes tonight...

The day will come when I can tell my grandchildren that I saw Blaine Gabbert throw a TD for the 49ers. Then, we'll have a Werther's Original

Then there's this poor soul who was forced to rely on Blaine Gabbert's arm to win a fantasy football game...

We've all been there, man.

The Best Tweet From Peyton Manning's Big Day Went To Jenn Sterger, And It Wasn't Close

Peyton Manning's TD Record Brings With It The WORST SHIRT EVER