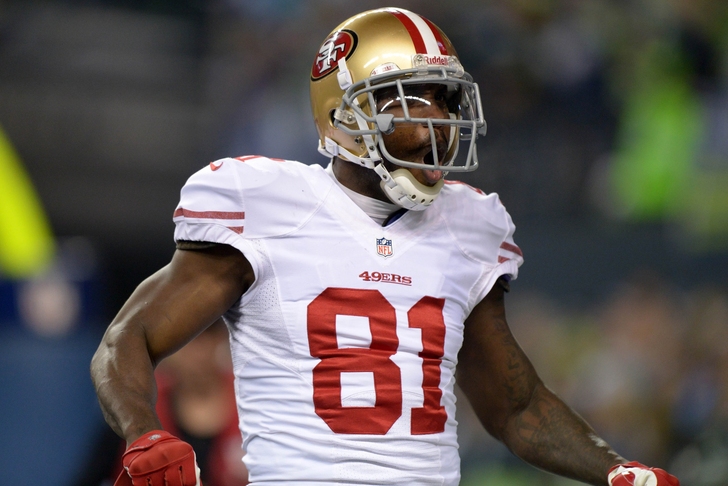 For all the latest 49ers news and rumors, download our 5-star iPhone app today!

The San Francisco 49ers have blown leads in both of their last two losses in 2014, and wide receiver Anquan Boldin thinks that the team has the referees to partially thank for that.

After three weeks, the 49ers have committed a league-high 36 penalties - an astronomical total that is a huge reason why they are 1-2. Boldin thinks at least a few of those crucial calls were completely uncalled for.

“You send the tape in, and the NFL just reports back, ‘We made a mistake.’ But at the same time, the crap is costing us games. At some point, they need to be held accountable,” Boldin said, via James Parziale of FOX Sports.

Boldin's ire was partially raised after the 49ers were pushed back from a 1st-and-goal at the 6 to the 21 when he was flagged for headbutting Cardinals safety Tony Jefferson.