5 QBs The 49ers Could Target As Colin Kaepernick's Future Replacement 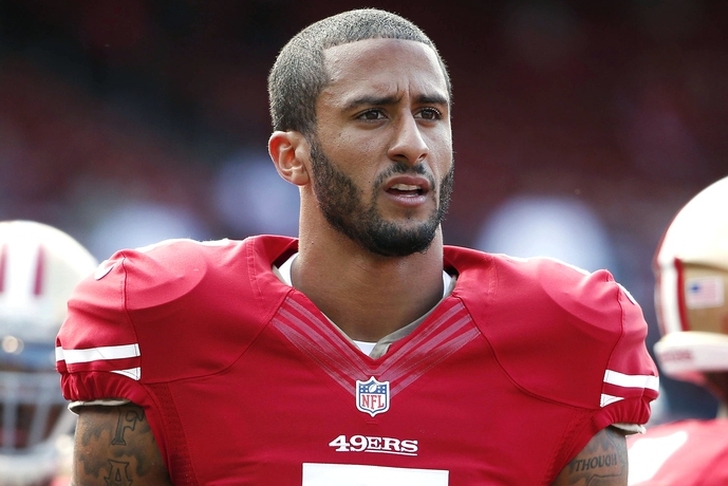 Colin Kaepernick has not had a good season for the San Francisco 49ers. He hasn't improved as a passer and has now been benched in favor of Blaine Gabbert. The 49ers benching Kaepernick is a clear sign the team no longer considers Kaepernick a franchise QB.

The 49ers gave Kaepernick a big contract a few seasons ago, but it's actually very easy for the team to move on from Kaepernick. The team can cut Kaepernick and take a $7.4 million cap hit after this season. The 49ers have over $40 million of cap space for next season and that doesn't include a likely rise in the salary cap. That means the 49ers can release Kaepernick and still have enough money to add a new QB.

If the 49ers decide to move on from Kaepernick, here are five players the team could target in the offseason.

If the 49ers don't want to completely commit to a new QB, taking a player in the middle rounds makes sense. Kessler could fit that mold. He's been incredibly accurate in his time at USC, although there are questions about his size and arm strength. It's still early, but Kessler could be on the board in the round three. If the team were to spend a mid-rounder on a QB, the team could add a veteran to show the rookie the ropes.

If the 49ers want a stop-gap option while the team grooms a younger QB, Stanton could be a good option. He'll be a free agent after the season ends and could come cheap too. He played well for the Cardinals last season before getting hurt. Plus, when the younger QB is ready to play, Stanton will make a strong backup. Bradford will be a free agent after the season. He might not play for the Eagles next year, as he and the team broke off contract talks earlier this season. If Bradford leaves the Eagles, the 49ers could swoop in and sign him. Ideally, it's a prove-it contract as Bradford hasn't played great this season. However, he's likely going to be the top free agent QB this offseason.

This isn't as outlandish as it seems. The Saints have serious cap issues, and Brees' $30 million cap hit doesn't make matters easier. The Saints can swallow that massive hit, extend Brees and restructure his deal or move him and take a $10 million cap hit. If the team continues to struggle this season, moving Brees and starting a rebuilding project might be the smart choice. If that happens, a team with cap space like the 49ers could deal for Brees. Given Brees' age, the 49ers could draft a QB in the later rounds too.

Goff is the front-runner to be the top QB taken in the NFL Draft. The 49ers would likely have to completely bomb this season and end up with the top overall draft pick (or close to it) to have a chance to get Goff. If the 49ers are drafting early in the Draft, that means Kaepernick likely struggled all season and it might be time to find a new franchise QB. Plus, keeping the local kid in the Bay Area would go over well.