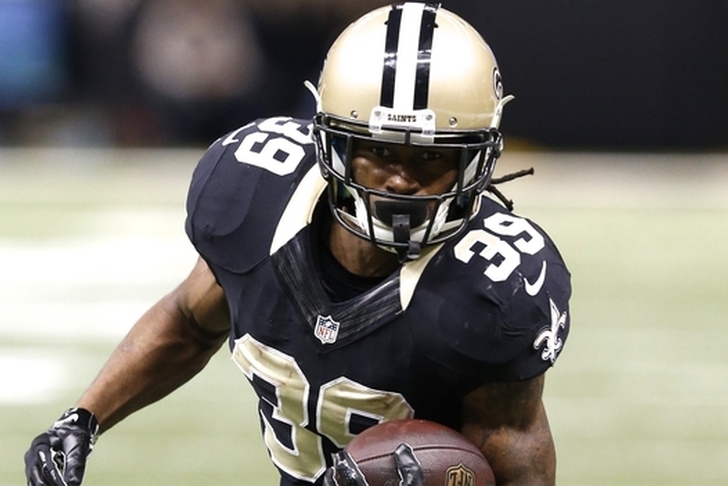 The San Francisco 49ers might be not be done adding to their stable of running backs. The team worked out former New England Patriots running back Travaris Cadet Monday.

RB Travaris Cadet has been linked to the Patriots after the Dion Lewis injury, but the 49ers worked out Cadet on Monday, per source.

Cadet seemed like a perfect fit for the Patriots after Dion Lewis tore his ACL, but the 49ers are also interested in him. Cadet played in only one game for New England, before being cut when the Patriots traded for linebacker Jon Bostic. Cadet was an undrafted free agent in 2012 and spent three years playing with the New Orleans Saints.

Cadet is best as a pass catching back, a role the 49ers are trying to fill with the loss of Reggie Bush. In 2014, Cadet caught 38 passes. He's had just 11 carries in his NFL career. The 49ers seemingly replaced Bush when the team signed Pierre Thomas. He carried the ball four times against the Falcons, but didn't catch a pass. Thomas caught at least 29 passes in all but two of the eight seasons he spent with the Saints.

The 49ers are also without starting RB Carlos Hyde, who is battling a stress fracture in his foot. That leaves Shaun Draughn and Kendall Gaskins as the other two active and healthy running backs. Draughn was signed before the Falcons game, while Gaskins was added two weeks ago. With the 49ers working out Cadet, perhaps the team isn't done shuffling RBs yet.