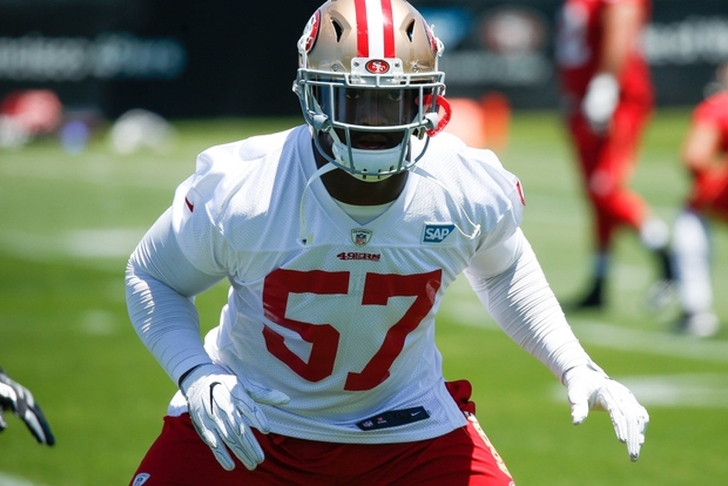 The San Francisco 49ers are trading Eli Harold to the Detroit Lions. The Lions are sending a conditional 7th round pick in 2020 back to the 49ers.

Harold was a 3rd round pick in the 2015 NFL Draft out of Virginia. Drafted as a pass rusher (the role he'll play in Detroit), Harold never got it going like the 49ers wanted. He has just 5 career sacks.

Harold was listed as the 49ers' starting SAM LB. However, that decision might have been made to help drum up trade interest.

The backups, as listed on the 49ers depth chart, are  Mark Nzeocha and Pita Taumoepenu. Neither are ideal options. So, the 49ers could elect to bring back Elvis Dumervil and/or move Cassius Marsh/Jeremiah Attaochu from their LEO DE roles to the SAM LB spot. Dekoda Watson can also play the SAM LB spot.

The Lions hope that Harold can provide a boost to a pass rush that needs it. As for the 49ers, it appears they were going to cut Harold, based on trading away a starter for a future 7th round pick. At least they managed to get something for a player they were likely to cut.