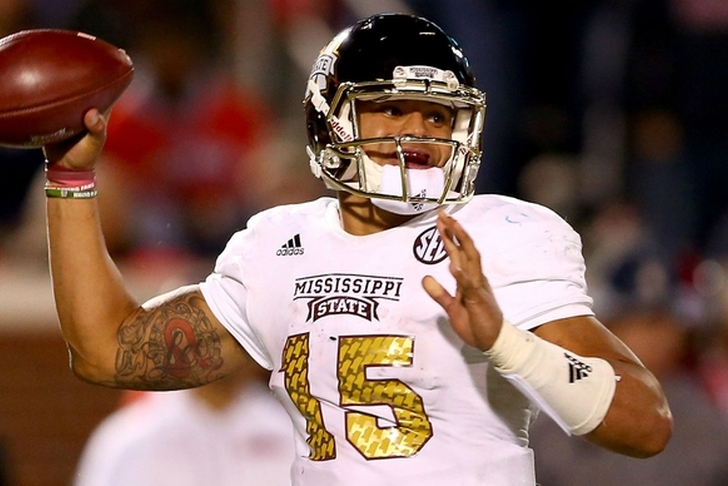 The 2016 NFL Draft is just weeks away, but the San Francisco 49ers' personnel strategy for the upcoming season remains unclear. Will the team be able to resolve its issues with Colin Kaepernick? If not, will the Niners target a quarterback in the first round? Will they move all the way up to No. 1 to take the signal-caller of their choosing?

Read on for all of the latest 49ers NFL Draft news and rumors.

49ers most likely team to trade for No. 1 pick?

The Tennessee Titans are reportedly fielding offers for the top pick in the draft, and the 49ers are the most viable suitor given their desire for a franchise quarterback, according to the NFL Networks' Daniel Jeremiah and Bucky Brooks. Jeremiah noted that San Francisco's abundance of picks in the draft -- 12 including their compensitory selections -- would allow them to swing such a deal. Cal's Jared Goff and North Dakota State's Carson Wentz are likely the two quarterbacks the Niners are considering.

Though Goff and Wentz will most likely be the first two signal-callers to come off the board, Prescott represents another intriguing option for the 49ers. Ron Jaworski recently named the Mississippi State QB as an "optimal" player to lead Chip Kelly's offense. Though the Prescott was recently arrested for DUI, he will still be one of the top QBs taken on draft night.

The 49ers are in a holding pattern when it comes to a potential trade with the Denver Broncos involving Kaepernick. The disgruntled QB, who recently reported to San Francisco's preseason workouts, is still against taking a pay cut. But that is just one of several monetary hurdles preventing the deal from getting done, according to ESPN.com's Jeff Legwold.