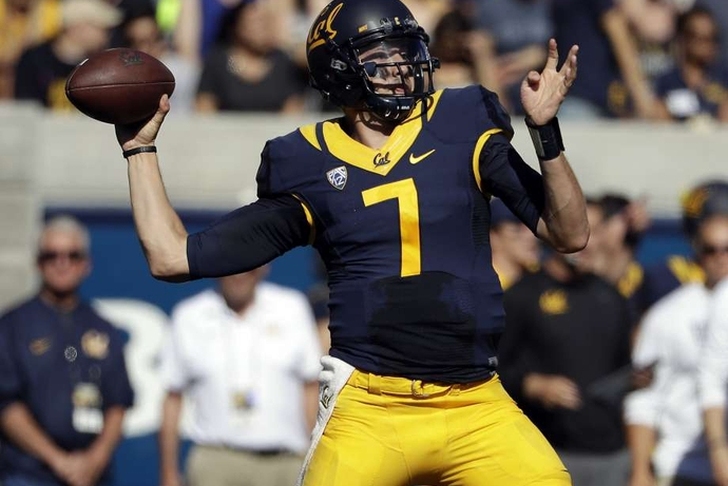 The San Francisco 49ers are projected to select a quarterback at some point in the NFL Draft, but after signing Brian Hoyer, it doesn't appear that they will take one with the No. 2 overall pick. However, the team may could consider taking Cal's Davis Webb on the second day of the draft, writes Cam Inman of the San Jose Mercury News.

Jim Zorn, a former NFL quarterback and coach, believes Shanahan could work wonders with Webb. Full disclosure: Zorn has worked privately the past two months with Webb in Southern California to prepare him for the draft.

“He would fit in very well,” Zorn said of Webb and the 49ers. “What’s great about Kyle is he adapted. The core of his offense is a West Coast system. What I’ve seen Kyle do and he’s done well is adapt to the skill level of his players.”

Webb does not come from a West Coast system but rather the pass-oriented, “Air Raid” world, having transferred to Cal last year from Texas Tech.

“The media kind of blows the Air Raid thing out of proportion,” Webb said. “I have a lot of goals set out in front of me for the next couple years and I plan on reaching those, so it will be a lot of fun.”

Webb said that "multiple teams" have told him that he should be a first round pick. UNC's Mitchell Trubisky, Clemson's Deshaun Watson and Notre Dame's DeShone Kizer are widely projected to be the top three quarterbacks taken in the upcoming NFL Draft, with Texas Tech's Patrick Mahomes also ranking ahead of Webb.

In his lone season at Cal, Webb passed for 4,295 yards with 37 touchdowns and 12 interceptions.