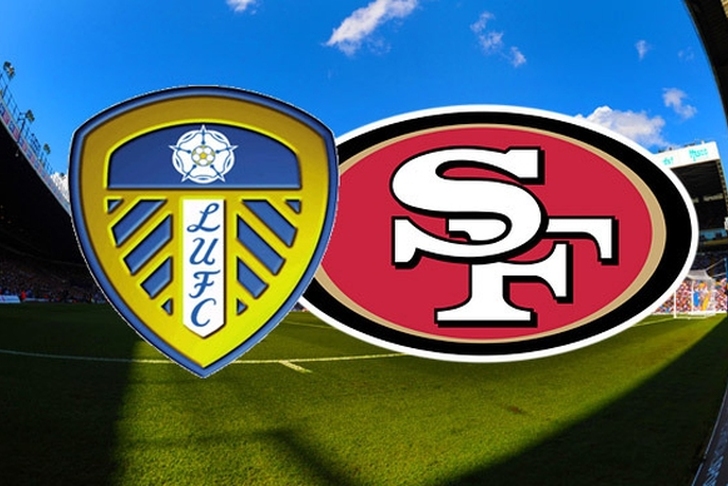 The San Francisco 49ers announced on Thursday that their investment group has bought a minority stake in the English soccer club Leeds United.

"This strategic partnership enables Leeds United to align with and gain invaluable expertise from the owners of one of the biggest global sports entities," Leeds owner Andrea Radrizzani said in a statement."The 49ers are an innovative, successful organisation and we are delighted to have access to such a rich source of business and sporting expertise.

"This exciting partnership builds on the foundations we have laid down at the club in the last 12 months and we can assure supporters that the funds invested will go towards improving results on the pitch."

The 49ers invested £10 million in Leeds, who has not played in the Premier League since 2004. They finished in 13th place (out of 24 teams) in the Sky Bet Championship, which is the league directly below the English Premier League.

"There was a kinship there [with Radrizzani] -- a professional and personal kinship, we thought there are a lot of things we could do to help each other, and we just started to dive in and get involved," President of 49ers Enterprises Paraag Marathe said. "The San Francisco 49ers are one of the most prominent franchises in all professional sports, and certainly in the NFL.

"Similar to Leeds, we have a storied history with a lot of Hall of Fame players, a lot of great players. We're actually right in the middle of building a foundation and getting the 49ers back to where they belong, at the top of the NFL."

The 49ers ownership group is far from the only American sports owners to have at least a stake in an English soccer club. Jacksonville Jaguars owner Shad Khan is also the owner of Fulham, Los Angeles Rams owner Stan Kroenke owns 67.05 percent of Arsenal, and the Glazer Family, who own the Tampa Bay Buccaneers, also own Manchester United.