49ers LB Malcolm Smith Out For The Season 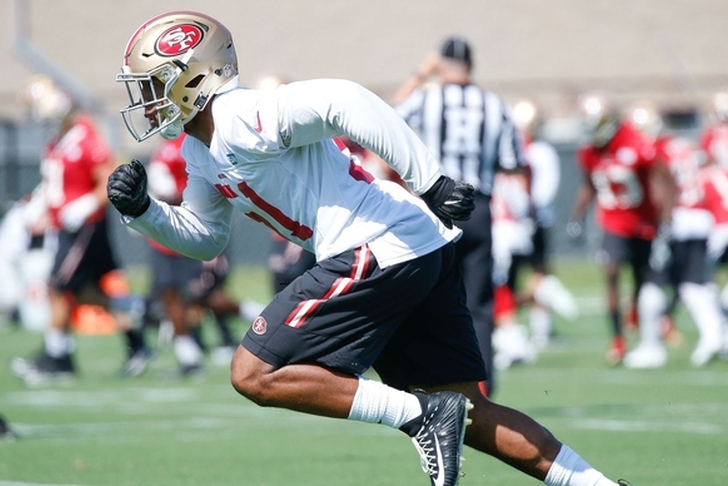 One of the San Francisco 49ers' pricey free agent additions won't get to play this year. LB Malcolm Smith is out for the season after suffering a torn pectoral muscle

Rough blow: #49ers veteran LB Malcolm Smith is out for the season with a torn pec, sources say. The MRI revealed the news.

Smith joined the 49ers on a five-year, $26.5 million deal. He went across the bay after playing for the Oakland Raiders last year. Smith racked up 103 tackles this year and 122 the previous season.

If there's any good news, it's that the 49ers drafted LB Reuben Foster late in the first round this year. He'll likely start next to Navorro Bowman. Foster fell from a top-five talent to late in the first because of health and off-the-field worries. In the long term outlook, more snaps for Foster might be the best thing for the 49ers.