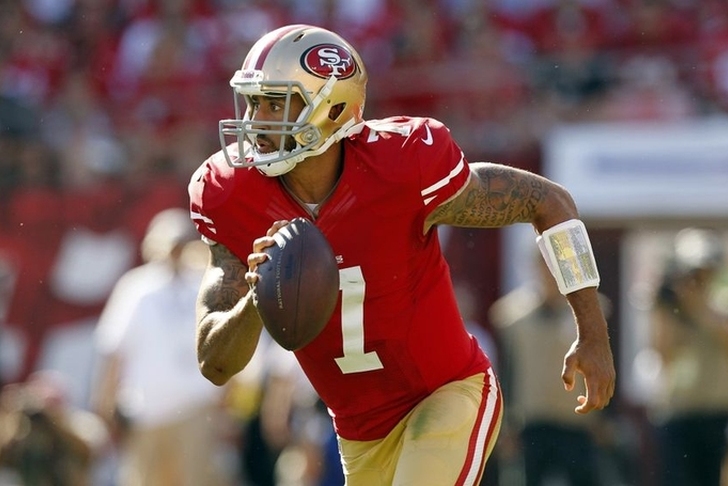 NFL Free Agency is officially here and the NFL Draft is rapidly approaching. As a result, the next few days (or even weeks) will feature at least a few San Francisco 49ers rumors. The 49ers have made only a few moves so far, but they might not be done yet. They've also started to focus more on the NFL Draft. With that in mind, here are all of the interesting rumors and news tidbits on the 49ers.

Kaepernick To Denver "Will Happen"?
It remains unclear if the 49ers will trade QB Colin Kaepernick, but one report says it will happen.

Source "firmly believes" Kaepernick to #Broncos "will happen, given time."

Allbright doesn't have a ton of name recognition, but he's proven himself in the past. Kaepernick's salary becomes fully guaranteed on April 1st, although a trade could still happen after that. Until a trade happens, expect there to be plenty of speculation surrounding Kaepernick. The return for Kaepernick will likely be a draft pick, although it's unclear just how that pick will be.

Laquon Treadwell Visit
The 49ers are in the market for another WR in this year's draft. The team will get a visit with Ole Miss WR Laquon Treadwell, he told NFL.com. It's one of the many visits Treadwell will take.

"I take it very seriously. I take everything at this point like this is my job and treat everything I do like it's my job," Treadwell said. "I treat everybody with respect because you never know what everybody else can do for you or what doors might open up for you. I'm excited about it all and it's nothing anybody in my family has experienced so it will be fun."

Treadwell is generally considered the draft's top WR, although there are concerns about his speed and separation ability. The 49ers taking Treadwell at No. 7 overall seems like his ceiling. It's unlikely he'll be on the board for the 49ers in Round 2.

Follow our San Francisco 49ers team page for all the latest 49ers Rumors!