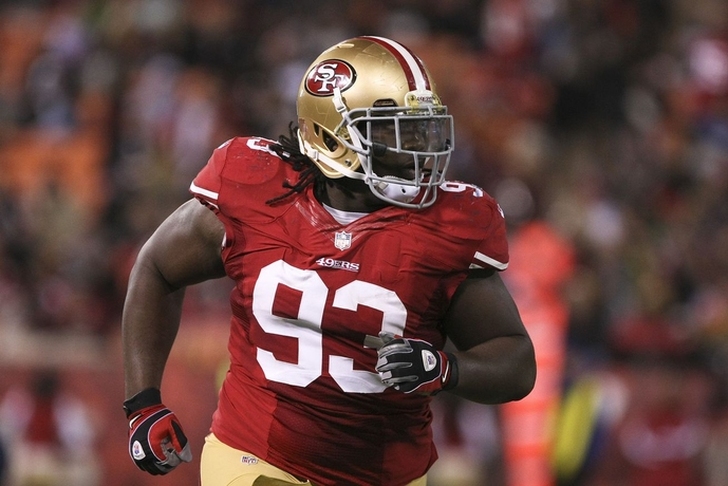 The San Francisco 49ers won't have DT Ian Williams this season. The club placed him on the reserve/NFI list to make room for OT Anthony Davis. As pointed out by Pro Football Talk, that means Williams is done for the season.

Williams' injury stems from an offseason ankle injury and surgery. It's a tough blow for the 49ers, as Williams is a talented and productive nose guard when healthy.

The 49ers and Williams agreed to a five-year, $27.5 million deal in March, but a failed physical canceled that deal. The 49ers ended up signing him to a one-year deal worth about $6 million.

With Williams out, the 49ers have a few options for nose guard. Glenn Dorsey could shift to the spot from 3-4 DE, and the team has Mike Purcell and Darren Lake also at the position. However, none of those players can match Williams' ability.