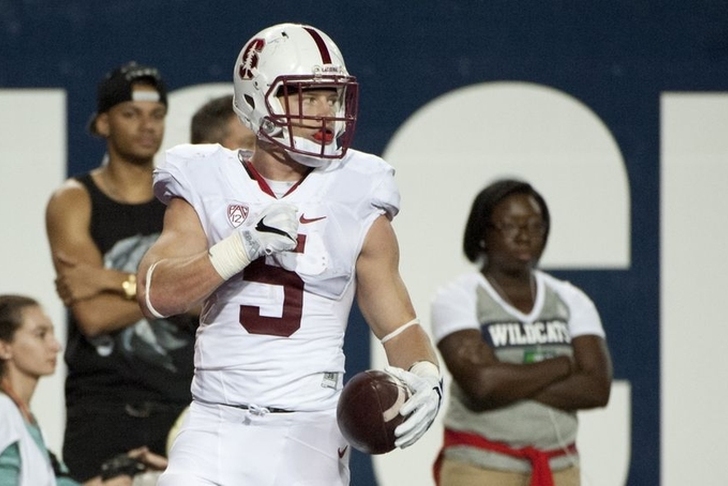 The San Francisco 49ers hold the No. 2 pick in the NFL Draft after a disappointing 2016 campaign, and this team is looking to add several impact players they can build around going into the 2017 season. And, with needs at virtually every position, all options are on the table. With less than one month until the start of the draft, here are all the latest 49ers draft news and rumors you need to know:

49ers may trade No. 2 pick to Panthers
The Cleveland Browns have said that they will not trade the top pick in the draft, but the No. 2 pick may be on the move. According to multiple reports, the Carolina Panthers are interested in trading up to get that pick from the 49ers.

Lots of talk/rumor about Carolina (picking at No. 8) trying to obtain #49ers' No. 2 pick. Told there's nothing currently in the works.

General manager John Lynch said last month that San Francisco was open to trading the pick, and are looking to get a multitude of other draft picks in return for that No. 2 selection.

.@Tyler_Polumbus "From someone close to the situation, the four teams most interested in C.McCaffrey are #Eagles, #49ers, #Colts & #Broncos"

49ers worked out Deshaun Watson
The 49ers are still entertaining the possibility of drafting a quarterback early in the draft, and worked out Clemson's Deshaun Watson last week, according to NFL.com's Dan Parr.

San Francisco GM John Lynch told Up to the Minute Live on Monday that San Francisco worked out the Clemson quarterback last week. Lynch also attended North Carolina and Notre Dame pro days last week, where he had a chance to get another look at QBs Mitchell Trubisky and DeShone Kizer.

The news of the Watson workout might be the latest signal that Lynch is serious enough in his interest in the QBs that he's still evaluating whether any of them are worthy of the 49ers' selection at No. 2 overall. The position remains one of the club's biggest needs.

With Myles Garrett the clear favorite to go No. 1 overall to the Browns, the 49ers are likely to have their pick of QBs at No. 2, if that's the direction they elect to go in.