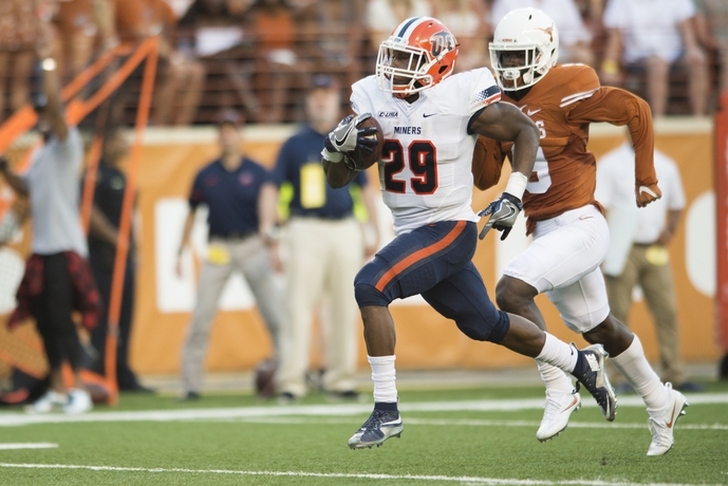 The San Francisco 49ers have a need at running back, and may part ways with Carlos Hyde this offseason, creating an even bigger need at the position.

They could take a running back with the No. 2 overall pick (they have been linked to LSU's Leonard Fournette), but they are also interested in Alabama LB Reuben Foster and Stanford DE Solomon Thomas.

If they do pass on a running back in the first round, San Francisco is among the teams in showing interest in Aaron Jones, a fast-rising prospect from UTEP, according to Kristian Dyer of the Sporting News.