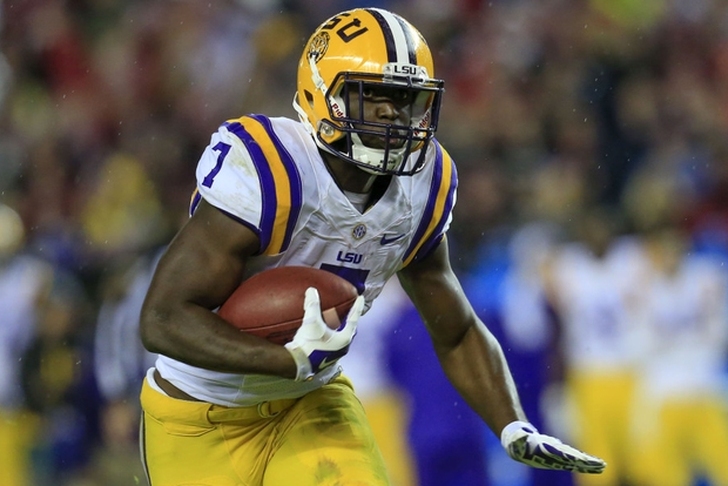 The San Francisco 49ers have mostly been linked to Stanford defensive end Solomon Thomas or North Carolina quarterback Mitchell Trubisky with the No. 2 overall pick, but they appear to have two other players at the top of their draft board.

According to The MMQB's Albert Breer, the 49ers are most interested in LSU running back Leonard Fournette and Alabama linebacker Reuben Foster.

It’s the most asked question I’m hearing from teams, and Stanford pass-rusher Solomon Thomas has long appeared to be the leader in the clubhouse to go No. 2 after Cleveland takes Texas A&M freak Myles Garrett off the board. But I’d be surprised if GM John Lynch doesn’t make an effort to try and deal down and accumulate more draft capital. I’ve heard from a number of people that the Niners like Alabama LB Reuben Foster and LSU RB Leonard Fournette.

Bleacher Report's Matt Miller had originally linked the 49ers to Foster and Fournette last week, and they appear ready to draft either one after the Cleveland Browns take Texas A&M defensive end Myles Garrett with the No. 1 pick.

However, if something happens and Garrett is not taken with the top pick, San Francisco would be expected to take him.

Fournette ran for 843 yards with eight touchdowns on 129 carries in seven games last season after picking up 1,953 yards and 22 touchdowns as a sophomore in 2015.

Foster had 115 tackles with 13 tackles for loss and five sacks last season.