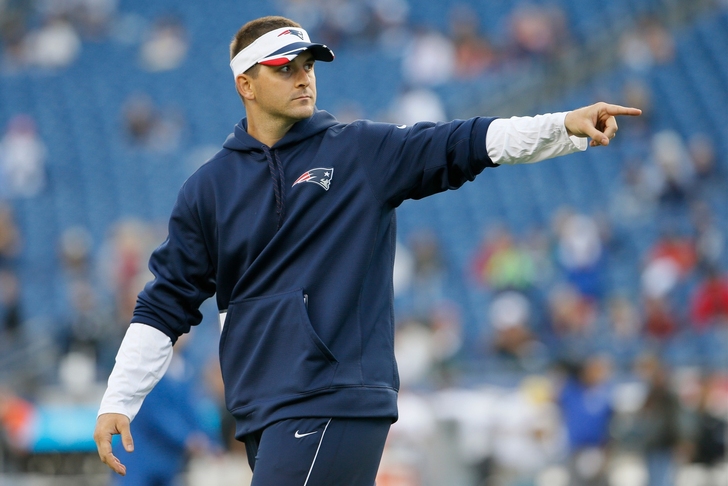 With speculation surrounding San Francisco 49ers head coach Jim Harbaugh's next move currently at a fever pitch, the 49ers' next step (if he indeed leaves) has been almost an afterthought as of late.

The last time the job was open back in 2011, the 49ers went the exact opposite direction by courting 69-year-old defensive guru Bill Parcells to fill that vacancy.

Now, the team appears headed in the opposite direction. McDaniels is best known for his tumultuous stint as the Denver Broncos head coach in 2009-10, with the draft selection of Tim Tebow and a 5-17 slide after a 6-0 start to his tenure proving his end.

However, McDaniels has recovered in a big way in New England as the coordinator for perhaps the most feared offense in all of the NFL.

In Gase's case, the Denver Broncos coordinator is a coveted name when it comes to young coaches still waiting for their first NFL head coaching break. If 49ers defensive line coach Jim Tomsula doesn't emerge as the favorite, expect Gase's name to be in the running if Harbaugh heads elsewhere.