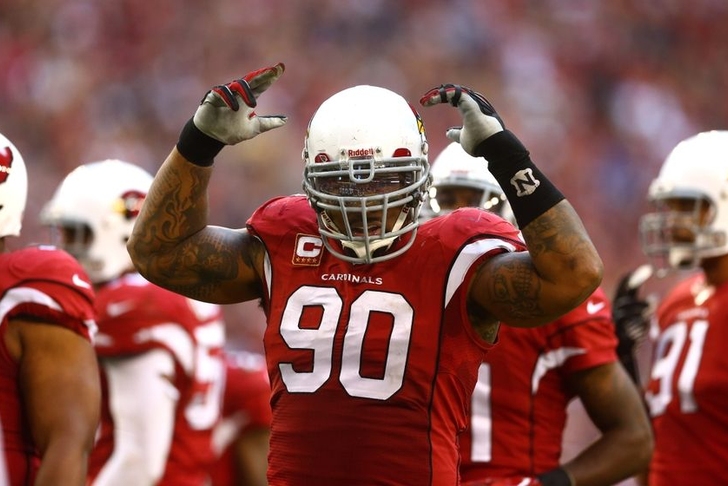 Dockett was released by the Arizona Cardinals last week after 11 seasons with the team, recording 40.5 career sacks and making the Pro Bowl three times. He missed all of last season with a torn ACL.

Arizona cut Dockett to avoid paying his $6.8 million salary, but tried to re-sign him for $2.5 million with incentives that would've raised the deal to $4 million, but he turned it down.

San Francisco is looking for help along the defensive line, and Dockett can play either end position in the 49ers' 3-4 scheme. They released Ray McDonald late last season, and head coach Jim Tomsula is going to meet with starting end Jason Smith before free agency to discuss his future.