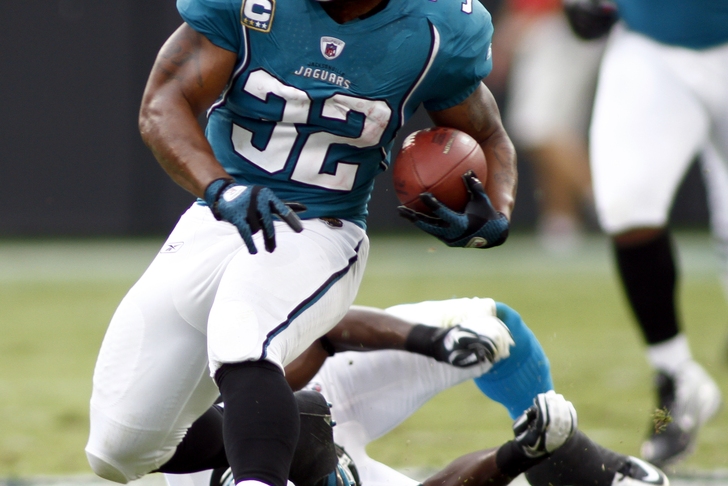 49ers rumors are buzzing today with the possibility that a 3-time NFL Pro Bowl running back could be joining Frank Gore in the San Francisco 49ers' backfield for the 2014 NFL season.

The thing that set 49ers rumors alight wasn't the picture necessarily, but the caption which Vernon Davis posted with it: "Me and Maurice Jones Drew discussing the FUTURE a few nights ago. #sanfranciscoFollow"

While captions posted during the spur of the moment don't necessarily mean much from a business perspective, it is still interesting to think about the possibility of Maurice Jones-Drew and Frank Gore sharing duties at running back for the San Francisco 49ers.

Jones-Drew would most likely have to take a pay cut for this option to even be considered, and the San Francisco 49ers also have young, more cost-effective options in Kendall Hunter and Marcus Lattimore to consider before taking a leap on Jones-Drew when the NFL free agency period begins on March 11th.

You want 49ers rumors? You got 'em. Follow our 49ers team page today!